Last week I photographed two Black History Month lunchtime presentation talks. One of which was given by Cephas Williams; who is trying to change perceptions of black men through the use of photography.

The campaign is called 56 Black Men and Cephas has presented his thought provoking images using social media; the images are of striking headshots of black men in hoodies. These men are politicians, directors, teachers – all of them have positive life stories that are irrelevant to the clothes they choose to wear.

A two week exhibition of the 56 Black Men campaign photos were on display within the foyer of a city-based corporation. Staff and general public were able to view the exhibition. It challenges our perceptions. 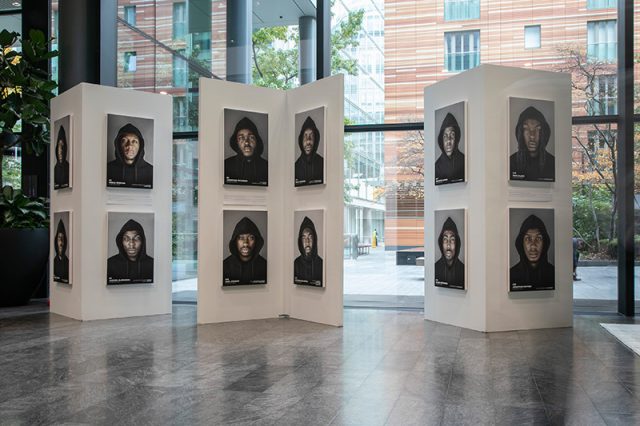 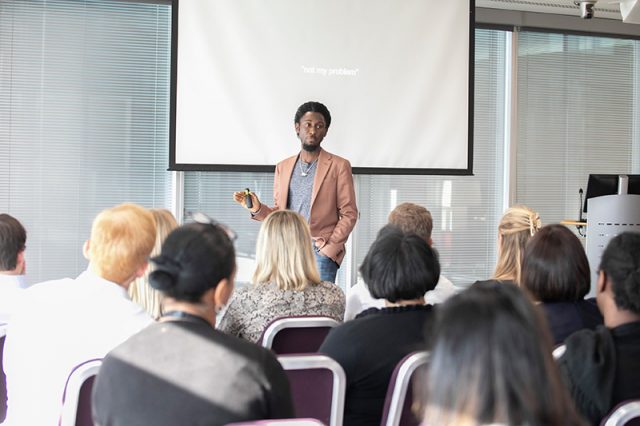 Cephas said that the media rarely tells positive stories, so the campaign “serves as a reminder that for every black man you see represented doing something negative, there are 56 of us that aren’t”. 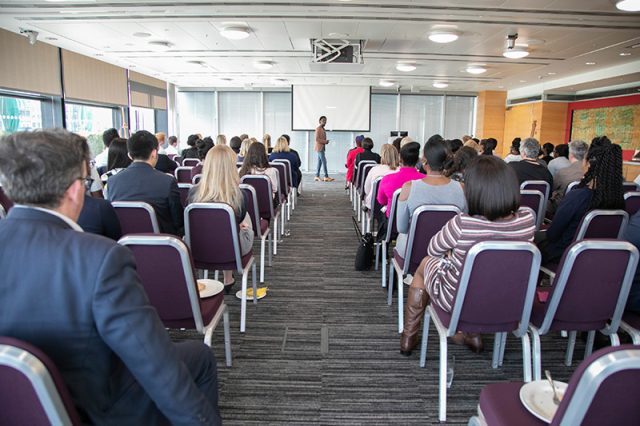 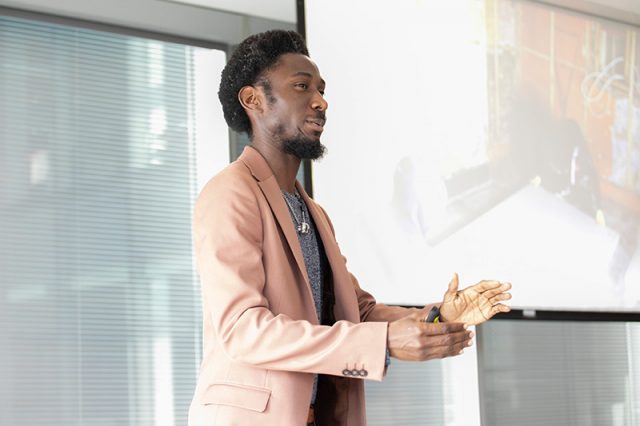 The 27-year-old is an entrepreneur from London, who works in the community. He is tired of what he calls the negative portrayal of black men within the media and the stigma attached to them in public. 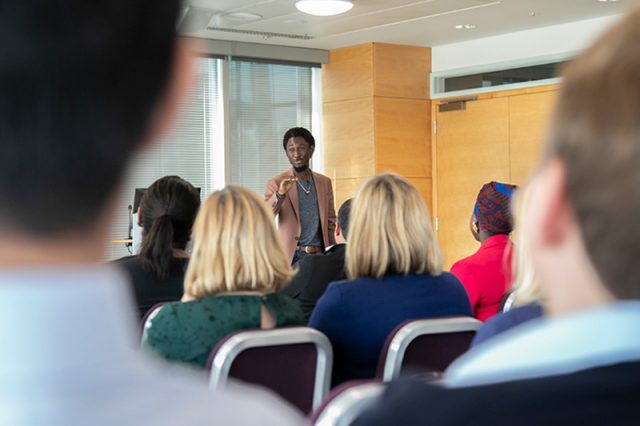 Cephas hopes that one day, his future children will be comfortable in the skin they have, the way they speak and the clothing they choose to wear – even if it is a hoodie. 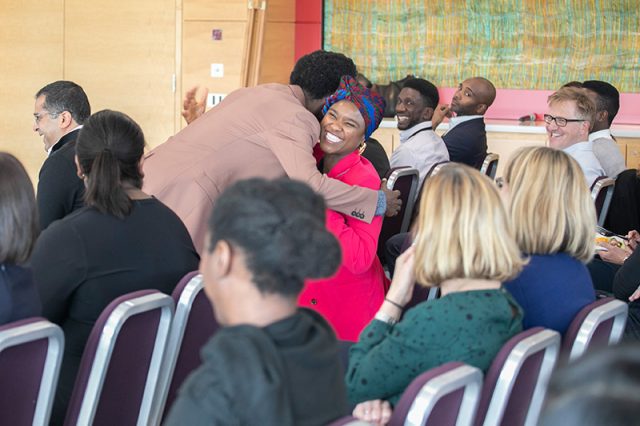 The other Black History Month lunchtime presentation talk was given by David Olusoga OBE, a British Nigerian popular historian, writer, broadcaster, presenter and film-maker. He is Professor of Public History at the University of Manchester. 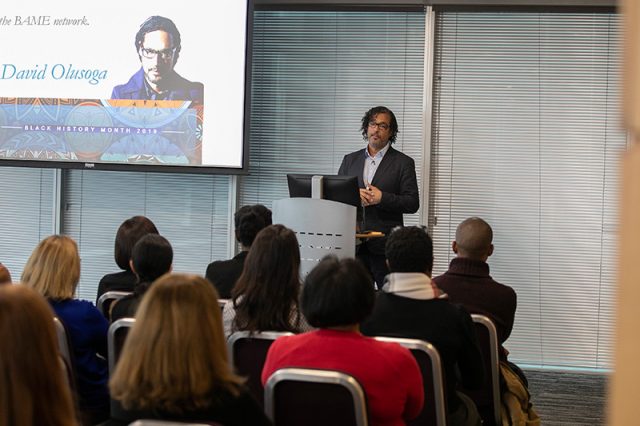 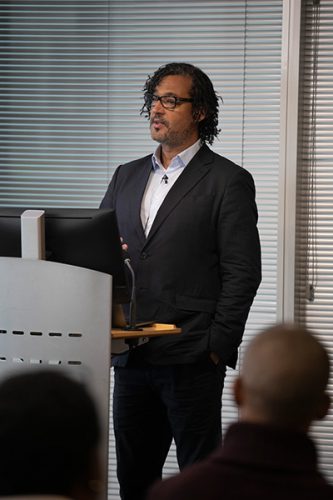 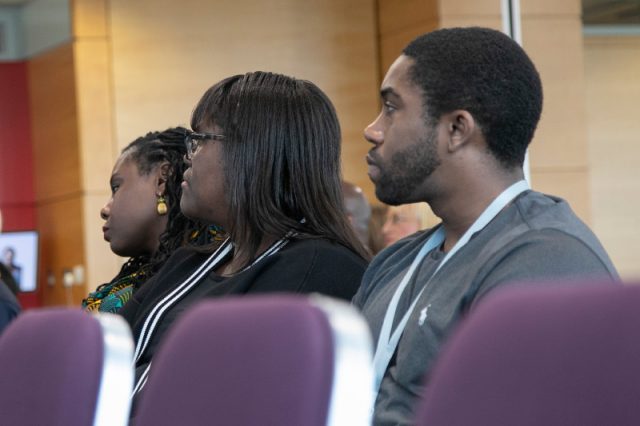 Both presentations were fascinating. The latter opened up many questions on how our recent history has been presented to us. 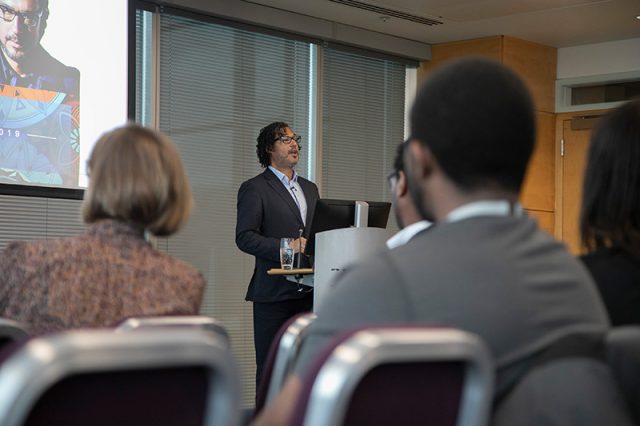 The presentations were well attended and received. All photos were formatted and sent to the client – for posting on social media, intranet and promotional use.

Back to Home page...